Why are Algorithms better investors?

There are wild speculations on what percentage of trading is done by Algorithms.

Twenty years ago that was close to zero. So how do we get such a shift? Algorithms must be better at trading than humans…

Why would that be?

Algo’s are never on holiday and have no emotions

They read emotions, but
they don’t get emotional

People like you and me are emotional beings. We love a laugh, a cry and a sulk.

Research has shown that some emotions are very influential when it comes to investing: We are afraid to lose as losing hurts more than winning gives joy ( This is called the Loss-aversion bias).

Most humans also resist change. They rather not do anything if it’s not completely broken (This is called the Status quo bias).

This is mostly caused by the emotion of attachment. When people own a stock they attach more positive feelings to the stock than when they don’t own the stock ( also called Endowment bias)

Algorithms don’t have those biases and they are designed to take 100% logical and high probability trades.

Algorithms can however use emotions: they can read the emotions in a Twitter stream or in articles and annual reports. while you sit on the beach

Let’s face it; it’s more fun to read a good book, see some friends or enjoy the sun. Algorithms get a kick out of scanning millions of data points and make sense of that data soup. Humans are smart, but we cannot process as much information as computers can.

This means we will always be at a disadvantage when taking fast decisions.

NO SLEEP TIL BROOKLYN (FOR OUR ALGOS)

There is an interesting bias that most people do not realise they have: Home-bias.

Most of us attach more value to a company in the place they live than in another city. Companies from another country are often screened out.

The biggest challenge is, of course, that if you want to trade on a stock exchange on the other side of the world, that they will be active when you are sleeping (or partying) 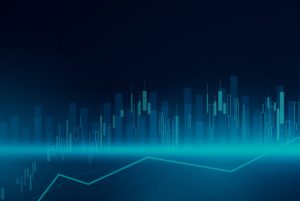 42% of investors underperform the broad based S&P500. Let’s stop that: Get Unhedged

One Step loser To Better Returns